For Damian Moscatt, CEO, Classic Evolutions, it's much more than banking cost-savings from invoice and payment automation, it's about opening "the happiness account" at last.

While work-life balance can look like many things to different people, for Damian, who knows the crucial importance of cashflow, success isn't just being able to bank dollars - it's about adding to the other accounts: health, family, and happiness. For a long time, Damian admits, "the focus was money and everything else suffered as a result," until he discovered the solution stack that forever changed the game.

Classic Evolutions is a Melbourne-based provider of IT support services led by Damian Moscatt, CEO and lead IT Support Specialist. With over 25 years' experience working in the IT industry, Damian is passionate about helping businesses gain confidence in their IT systems.

While Damian was tied up working 12-14 hours a day without a general ledger or a direct debit system, facing "absolute madness" with clients up to six months behind on invoices costing him out-of-pocket expenses to cover suppliers, he realised he hadn't found a solution to his own problem: Cashflow.

Without invoice and payment automation, Damian was simply "exhausted," he would raise invoices in Datto Autotask PSA, manually check the bank statement at the end of the week, enter which invoices had been paid, then prepare this, along with a bank statement, to give to an accountant.

Even after doing so, Damian still struggled to track where his business actually stood, lost between extensive paper trails and manual errors, and left doing things the way he'd always done them - stressed, and for hours on-end.

It wasn't until last year when COVID-19 hit that Damian asked his business partner to start "fine-tooth combing" through all of their invoices - little did he know that they would spend four-and-a-half hours chasing up a trail of payments and invoices for just one customer. It was then, when Damian ultimately realised, "this is just madness."
Determined to find a solution, Damian "hunted" for an invoice and payment integration tool to synchronize the information between his PSA (Datto Autotask PSA) to the online accounting package he hoped to get started with, when he found Wise-Sync and Wise-Pay.
As soon as he signed up to Wise-Sync and Wise-Pay, Damian was eager to get started. Within the first two hours of his expert-led onboarding session with one of our Customer Success Managers, Damian  was set up with Xero, thereby establishing a general ledger, Wise-Sync, and Wise-Pay - and after just a "30-minute crash course," Damian felt confident to start his complete synchronisation, which would soon become, the opening of his first-ever "happiness account." 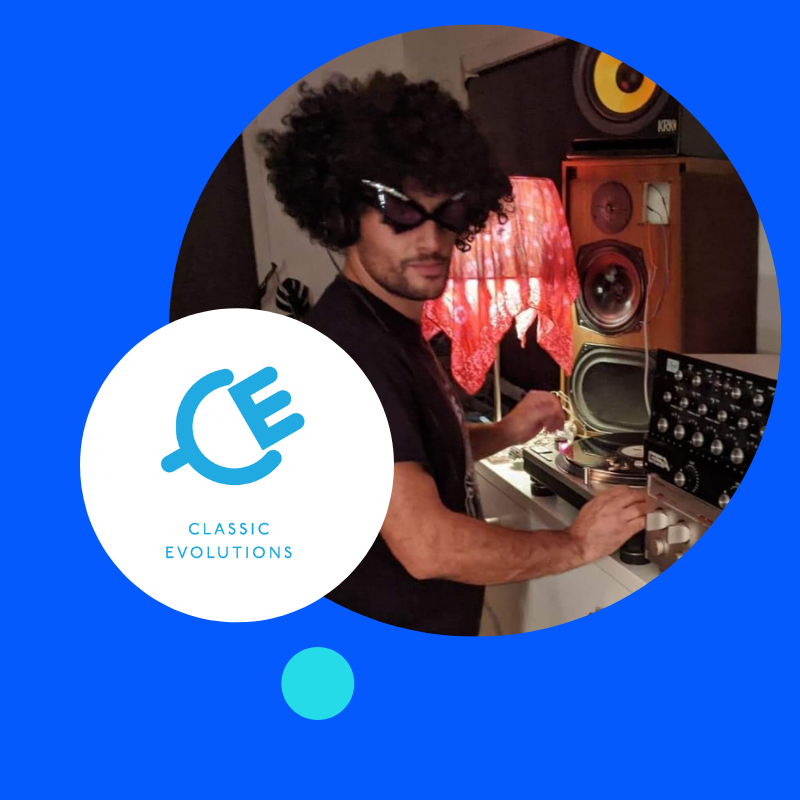 I've been able to focus at least two hours a day on my personal life...

...as opposed to being exhausted, going to bed, and doing it all over again. Now, I find myself reflecting on my personal life and the areas that need improvement. Every day, it’s having two hours to reflect, whether it be for my own little hobby, or taking my dog for a walk - you work to live, not the other way around, and the Wise platform has facilitated that living aspect.

If you're still performing manual entry, chances are you're probably in the same boat that Damian once was - you're used to doing things manually because "that's just how it [was] done," and in Damian's case - that was 10 long years.

Well, when COVID-19 began, Damian was working 12-14 hours a day, where he spent 1-2 of those hours on financial admin alone, and still wasn't able to track where his business stood - he didn't have a general ledger, instead he had several outstanding client accounts with overdue payments - he was simply "exhausted" from chasing.

"To make things even more complicated," Classic Evolutions didn't have a direct debit system, they were using another payment platform that required Damian to use an Excel spreadsheet and manually process an amount each time.

"At the start of 2020 when COVID hit, I knew that businesses were going to start folding up, things were going to get tight, so I jumped straight into it - I got my business partner to start really fine-tooth combing through all invoices that were outstanding, and she couldn’t believe it - she said, "there has to be a better way."

Determined to find a solution to this "absolute madness," he started "hunting" for a third-party integration to sync both his invoice and payment information from his PSA, Datto Autotask PSA, to the online accounting package he hoped to soon use, when he found Wise-Sync and Wise-Pay.

After signing up to Wise-Sync and Wise-Pay, Damian jumped straight into onboarding with our expert-led team. Within the first two hours, Damian was set-up with Wise-Sync, Wise-Pay, a Xero account, thereby establishing a general ledger also, and after just "a 30-minute crash course in Xero," felt ready to start syncing his invoices and payments between Datto Autotask PSA and Xero.

"Before having a conversation with Wise-Sync, we were simply raising invoices in Autotask, manually checking the bank statement at the end of the week and seeing the ones that had been paid, then going into Autotask and entering the date paid. At the end of the BAS (Business Activity Statement) quarter, we would then generate a report to see what’s been paid and how much has been paid between this date and this date, and we would prepare that - give it to an accountant, along with the bank statement -

I was spending so much time chasing up invoices, payments - we had clients that were up to six months behind on invoices, and I was out of pocket for all of those services and subscriptions; anything from internet connections to VOIP phone systems to MYOB365, Dropbox, everything - all sorts of stuff where we’ve had to pay the supplier but the client still hasn’t paid us -

Long story short, when looking around for solutions and fits - third parties that provide a solution and really, out of everything that’s out there...I think Wise-Sync is pretty much the best synchronization solution that’s available - that’s for sure, but where it really has its value is obviously in Wise-Pay.

And to me, it was a no-brainer, I just went - okay, well, if I can automate payments as well as keeping those clients’ payment details for those one-off invoices and so forth, I don’t have to manually enter anything, it just syncs over - all that jazz, it alleviates 90% of invoicing and chasing those invoices and payments."

From that point, Damian describes the level of customer support he continues to receive from Wise-Sync as "definitely, amazing." Damian continues to reach out to the Wise-Sync team whenever an issue arises, while feeling he's taken his business to a whole new level, presenting "more professionally" because now through invoice and payment automation, he's actually empowered to identify where his business stands; everywhere from "easily" tracking, to seeing their cashflow in real-time.

"There are a lot of people at Wise-Sync from what I’ve learned through the many people that have replied to different emails. It’s really good in the respect that it's very responsive, and quickly, we get to the bottom of the issue. Wise-Sync’s a closed platform, it does what it does, there’s not much outside that box - and troubleshooting and things that could go wrong, are all within that box. It is what it is."

Since becoming a Wise-Sync and Wise-Pay customer, not only has Damian slashed his accounting workload by a staggering 80%, but with the spare 1-2 hours he frees a day, he's been able to add to what he calls "the happiness account."

Sure, cost-savings of up to $30,000+ a year sounds nice, but for Damian, it's being able to finally focus on himself for the first time in over 25 years; to utilise these free hours to spend on the hobbies he loves, to walk his dog, and to reflect on himself, including the areas of his life he's now able to improve with the spare time.

"I feel great, I feel relieved. It’s nice to know there’s something doing what was once non-existent, we didn’t have a way to automate payments and tie invoices back to those payments - and we have it now, which is good. It’s lowered stress levels in the sense that I feel automation and some sense of security that there is a platform that has a log of events and that we can track things really easily - and finding where things have gone wrong, is relatively easy once you know how.

At the end of the day, I was still working my eight-hour day, eight hours is still billable, but let’s say two hours a day, which I wasn’t getting paid for, was going towards accounting and invoicing, and chasing invoices - that being said, it’s hard to put a dollar value on those two hours everyday because they’re not where the savings are, it's not in dollars but the hours in my personal life - success is not just your bank account, it’s your happiness account, it’s your family account, it’s your health account - it’s all the rest of it, too."

As Damian Moscatt now looks toward the future, he credits the solution stack: Datto Autotask PSA, Xero, Wise-Sync and Wise-Pay for allowing him to no longer live his life as if it were groundhog day, still able to perform the job he loves most - only now, he gets to walk the dog, too.

"Whatever it is, my challenge is to utilise it for whatever it is, in a positive way. It’s about breaking the 14-hour habit - the freedom. If you talk to any one-man band, it’s all about being time-poor, so I really think that’s what it’s all about."

Set and Forget: How Cloud-Based Accountingprose Do Smart Business