While some fall prey to the habitual trap of doing things the only way they know how, Graeme, on the other hand, is "allergic to pain." Graeme prefers to look to the future, and he'll do whatever's necessary "to prevent pain from festering."

So, when Graeme discovered his bookkeeping team were costing two whole days to process a mere 80-100 invoices a month, he had to "end the pain" as soon as possible.

Based in Hertfordshire, United Kingdom, Westtek Solutions is nationally renowned for their innovative Cybersecurity and IT Support Services. Westtek saves their clientele immense time, stress, and money through their strategically refined and automated approach, everywhere from IT disaster recovery to proactive maintenance.

However, much like an overworked chef who rarely salvages enough energy to cook at home, it didn't take their CTO, Graeme Ison, long before he identified the dire need for an additional automated solution within their own business -

Westtek runs invoices monthly, with little ad hoc work, yet required a handful of outsourced bookkeepers to process merely 80-100 invoices per month. This contracted bookkeeping team would take invoices that they had copies of, manually put them into Xero, and then "try and get things to link back somehow," though what Westtek never received, was any accurate feedback from their PSA regarding what was paid and what was not paid, which caused their team tremendous time to backtrack and upkeep.

"It wasn't good. I had a day job to do, and following up on invoices wasn't one of the tasks with any payback, so I knew there was a problem that needed solving," said Graeme.

Sure, some might say "no pain, no gain," but for a process-driven and forward-thinking strategist like Graeme, there's always a benefit to putting in the effort "to find gain, and avoid the pain.”

At this point, Westtek Solutions had trialed two less sophisticated PSAs and had even considered creating their own PSA, but Graeme saw this had only resulted in "a lot more pain with lots of error corrections," a tiring state Graeme was determined to free Westtek from. Shortly after implementing ConnectWise Manage, Graeme realised they still hadn't found the tool that could unify their PSA and their accounting package, Xero -

On the hunt to find the right tool, Graeme discovered Wise-Sync online, and it instantly became clear that it was "the answer to what we were trying to do." 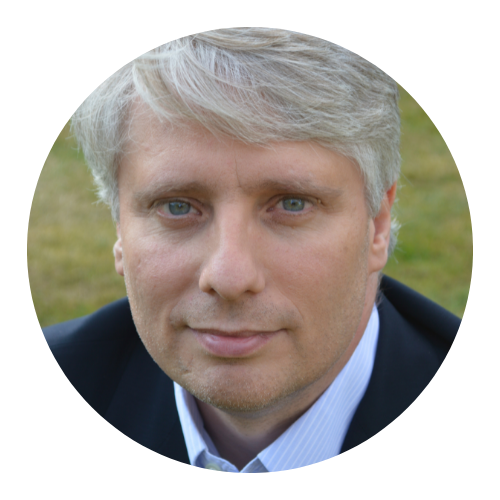 I'm allergic to pain that can be prevented. If I can see it coming, I won't allow it to happen to the business...

We want to fix things before they become a massive issue. Wise-Sync is like the foundation of a building - you don't see a foundation, do you? But without it, the whole thing falls down. So, Wise-Sync isn't something that we see everyday because we don't need to! It's invisible, but without it, we'd be back to where we were - and that just wouldn't be okay. For me, Wise-Sync's the foundation that allows us to have confidence in our numbers.

Westtek Solutions is a renowned outsourced IT company dedicated to saving small businesses invaluable time through cloud-based solutions, based in Hemel Hempstead, England. With grand plans to launch a new security brand called 'Security Everywhere,' Westtek Solutions needed to ensure they set-up the right financial systems prior to expansion.

Graeme Ison, Chief Technology Officer (CTO), is a professional who avoids pain at all costs. With a specialised focus on implementing process-driven solutions that save the business time, money, and energy, it didn't take Graeme long before he realised that Westtek were in sheer demand of an integrated solution to their "painful" bookkeeping and financial admin.

At the time, Westtek were processing just under 100 invoices a month, with little ad hoc work, all of which, was managed by an outsourced bookeeping team whose primary role was to manage credit card controls, management accounts, and all expenses. Even with a substantial team on-hand, Graeme still found himself working overtime to run back the numbers and fix errors; an uninvited responsibility that was taking much time and energy away from his own role.

Unsure of "what they were doing and how they were doing it" exactly, it only took one cycle, "literally within months after [they] implemented ConnectWise [Manage]," for Graeme to recognise this could be a painful and "potentially festering" problem.

Their bookkeeping team would spend a staggering 30% of their time attempting to input invoices into Xero correctly; not including the additional time it would then cost Graeme to check and correct. Not only did this mean the bill would subsequently rise for Westtek, but it also became clear that the "error correction was just pointless."

Determined to find out where the problem was occurring, Graeme admits, "I did the work myself because I wanted to see what the process looked like, so I could figure out what needed to be done." It was here, that Graeme discovered a daunting set of financial processes were under way. For their bookeeping team to accurately transfer data from ConnectWise Manage into Xero, they would grab each line item in an invoice, and then copy each into Xero. Subsequently, when the bookkeeping team tried to shortcut this process, it had caused another issue - short descriptions were being dropped in the wrong invoice; the amount billed was correct, but as soon as a customer received the statement, they were instantly perplexed by what they were being charged for -

To fix this, the team turned on automatic reinvoicing in Xero in order to automatically send out invoices for outstanding payments of up to two weeks, though again, this invoice would look different to what they originally received.

Since implementing Wise-Sync, Graeme's observed significant changes within the business. Westtek Solutions now has categorised, accurate and up-to-the-minute financial data that their team can actually utilise to make strategic business decisions, even when on the move. Graeme asserts, the Wise-Sync tool has freed their bookkeeping team from having "to check whether or not everything's gone across correctly or matched up at the end of the day," instead, they're able to focus on higher level tasks that contribute to the company's growth.

As a direct outcome of having their data precisely categorised and in real-time, a significant transformation for Westtek, the team reports having "much more efficient" tracking and cost analysis; their team's now able to see where they're growing and where they're losing, so "it let's [them] know where to focus."

Originally, all financial data was lumped into a single category, which made it incredibly difficult to know their next steps. With Wise-Sync, Westtek now has a clear, departmentalized overview of their numbers, and are able to see as far as six months out, with the unrivalled opportunity to know their business' benchmark "at any given point in time as long as somebody's clicked the sync button," a capability that's since been enhanced to no longer require a single click - discover real-time sync.

On getting started with Wise-Sync, Graeme reflects, "I'm no expert!" Fortunately, at Wise-Sync, we have the experts that can take care of the whole process for you. When Graeme first started his implementation, he was paired with one of our expert-led consultants who "empowered [Graeme] with great education," before taking the reigns and leading the way -

It was near three years ago when Westtek Solutions witnessed the huge incline in the demand for cybersecurity. At that point, they made the decision to start "changing the business to aim it in that direction," where restructuring all of their accounts would prove integral to their expansion -

Today, Westtek Solutions is both an IT support and security services' provider, having successfully launched 'Security Everywhere,' which is proudly co-run by Graeme, who continues to implement the right tools their business needs for continued success.

Set and Forget: How Cloud-Based Accountingprose Do Smart Business